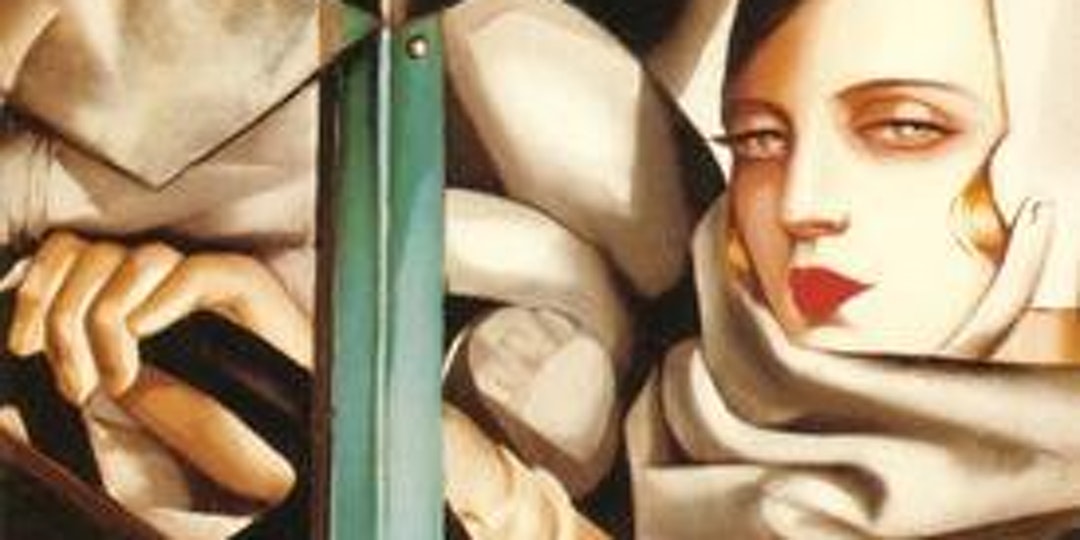 Join us on this Zoom talk on the queer allure of Art Deco to explore the queer aesthetics of the hedonistic interwar years!

Art Deco is about pleasure. An aesthetic, decadent, and thoroughly modern mode of living, it is not difficult to see why it was widely embraced by lots of queer people of the age. In ‘Bright Young People: The Rise and Fall of a Generation 1918-1940’, D. J. Taylor writes that ‘Homosexuality was as characteristic of the Bright Young People as a cloche hat or an outsize party invitation!’.

The term Art Deco takes off in 1925 at the height of the pansy craze and underground speakeasy. With languid lines and a louche sense of fun, hope, and liberation, Art Deco’s widespread application and enduring influence prove its appeal is based on more than just visual allure. It embraced and absorbed a staggering array of elements from the Ancient Egyptians to the Avant-Garde along the way.

Sandwiched between Art Nouveau and Modernism, it was considered to have less of the baggage of elitism of its predecessor or the self-importance of its successor. Deco did not set out to assert hard-line rules, rather it was uncomplicated, popular, and leant itself well to the design of fashion, jewelry, cars, homewares, furniture, architecture, graphic design, theatre design, the visual arts, film, and more! 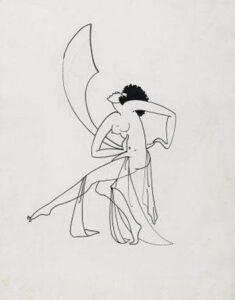 Illuminating some of the LGBTQ lives at the center of the style, we will look at some of the less well-remembered figures of the era such as George Barbier. One of the most highly regarded illustrators of the day, his work drips with camp and same-sex activity. His men are fawning and fey and his many female couplings in fashion illustrations are loaded with lesbian longing. He was friends with the likes of Pierre Brissaud and Georges Lepape who Vogue magazine collectively dubbed “The Knights of the Bracelet”, referring to their dandyish dress and foppish manners. 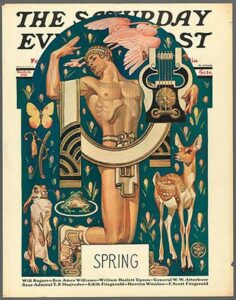 Erté (often referenced as the Master of Art Deco) pursued costume and set design with unflagging zest and creativity in a career lasting almost 80 years. His delicate figures and glamorous designs are much copied. Working for the ‘Ziegfeld Follies’ he also made clothes for Josephine Baker, Joan Crawford and Marion Davies. When Barbara Streisand bought an Art Deco Manhattan townhouse in the 1970s, she commissioned a mural and friezes by Erté. Join us to hear more about these fascinating figures and their queer connections! 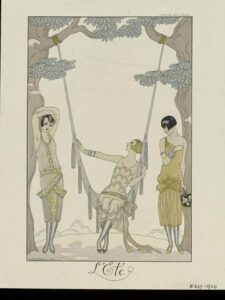 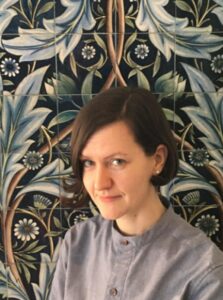 Dawn Hoskin is a Curator with the National Trust (England, Wales, and Northern Ireland), working with a variety of historic properties and landscapes across the Midlands. She is a Curatorial Lead on the National Trust’s LGBTQ+ Steering Group and a Curatorial Advisor and Collections Steering Group member for Queer Britain (a charity working to establish the UK’s first national LGBTQ+ museum). She is also currently contributing to the Heritage Lottery funded Duckie project ‘Princess: 1720: The Queer Georgians’.

Dawn previously spent over a decade at the Victoria & Albert Museum (London), working within a variety of curatorial roles. As Co-Chair of the Museum’s LGBTQ Working Group, she presented, co-commissioned, co-curated, and collaborated on a range of LGBTQ research, events, and programs. She has spoken on LGBTQ histories and museology at institutions across the UK and in Berlin.

She holds an MA in Art, Museum, and Gallery Studies from Newcastle University and is particularly enthusiastic about highlighting issues of gender, sexuality, and identity; encouraging greater diversity within cultural institutions, and supporting social justice movements. 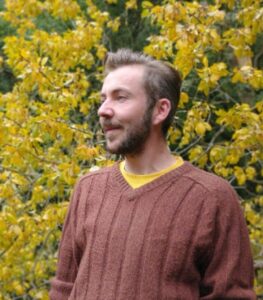 Zorian Clayton is an Assistant Curator of Prints at the Victoria & Albert Museum, specializing in 19th and 20th-century posters and paper ephemera. He has been the co-chair of the Museum’s LGBTQ+ Working Group for the past eight years and has curated numerous special events and research projects on queer artists in the V&A collections.

Since 2016, he has worked jointly as a programmer at the British Film Institute for the BFI Flare Festival, the largest LGBTIQ+ film festival in Europe. He is also a board member of Trans Creative, a Manchester-based arts company formed in 2017 to improve transgender narratives and visibility in theatre, film, and the visual arts. Over lockdown he co-curated ‘Found in Translation’, a transmasculine and non-binary virtual art exhibition.

Whilst together at the V&A, Dawn and Zorian developed and co-curated a number of research projects and events, including: Queer & Now (2015), Out for Revolution! (2017) and Subverting Censorship (2018). See www.vam.ac.uk/lgbtq for further details.