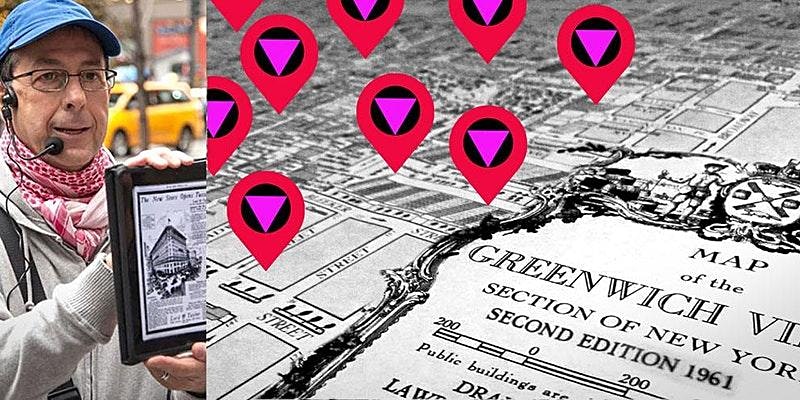 Join Out Professionals Members and friends to explore LGBTQ history as played out in sometimes notorious speakeasies, bars, and clubs.

For decades bar culture has loomed large in the LGBTQ community. During this three-hour stroll, learn why bars have played such an outsized role in gay life. Join us as we tip back our glasses at four special gay/lesbian bars, on an entertaining tour of Manhattan’s most storied neighborhood.

Today’s tour originated in conjunction with the Greenwich Village Society for Historic Preservation. 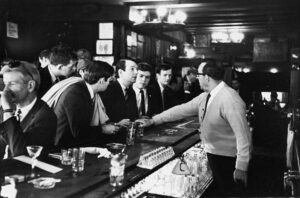 Our tour begins at 2:00 PM sharp, rain or shine, in the lobby of the LGBT Community Center, 208 West 13th Street, between 7th and 8th Avenues. Subway: 1/2/3, A/C/E or F/M to 14th Street; L to 6th or 8th Avenue. After viewing the Center’s famous Keith Haring bathroom (now a meeting room), we explore the rich history of West Village watering holes. Refreshments on your own. Tour ends at approximately 5:00 PM back at the LGBTQ Center.

Phil Desiere (shown in event cover), founder of Walk About New York, is licensed by the city as a Tourist Guide. In addition to tours of such quintessential spots as Central Park, Phil has developed and leads the Gay Graves Tour at Brooklyn’s Green-Wood Cemetery, a National Historic Landmark.