CURED tells the story of the activists who brought about a pivotal but little-known victory in the movement for LGBTQ equality: the American Psychiatric Association’s 1973 decision to remove homosexuality from its manual of mental illnesses.

Your ticket gives you access to both events: viewing the film during the screening week and attending the live panel discussion on 6/13. 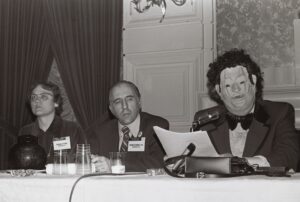 Out Professionals is excited to announce a private virtual screening and panel discussion of the award-winning new documentary CURED, which highlights a pivotal but little-known moment in LGBTQ history when activists rose up to challenge a formidable institution — and won! 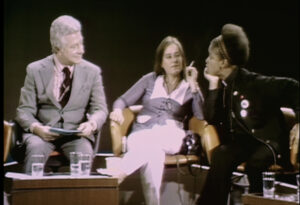 Described as “striking” (USA Today), “fascinating” (Hollywood Reporter), “riveting” (The Queer Review), and “one of the best documentaries of this or any year” (British Film Institute) — and the winner of Audience Favorite awards at Frameline and NewFest — CURED takes viewers inside the David-versus-Goliath battle that led the American Psychiatric Association to remove homosexuality from its manual of mental illnesses in 1973. The film spotlights a diverse group of activists who achieved this epic victory in the movement for LGBTQ equality.

Out Professionals is proud to partner with the producers of CURED to offer this invitation-only preview event to supporters of our organization. We appreciate your generous support and hope you’ll join us to watch and discuss this inspiring new film!